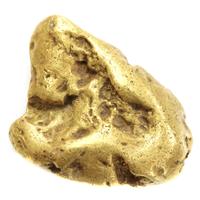 Two momentous events early in 1848 completely and abruptly transformed California. On 24 January, James Marshall found gold in a millrace he was building for John Sutter at Coloma, on the South Fork of the American River. Nine days later, on 2 February, the United States and Mexico concluded the Treaty of Guadalupe Hidalgo, ending nearly two years of hostilities. Under the Treaty, Mexico ceded much of the present south-western United States to the US for monetary consideration. An American occupation government had ruled most of California since mid-1846, but neither the American military governor nor the earlier Mexican governors had held firm political control over the remote, sparsely populated territory. Now, the problem was fully in the hands of the Americans.

The discovery of gold and the change in sovereignty presented both opportunity and risk. Many in California abandoned other occupations to try their luck in the new ‘diggings’ in the foothills of Sierra Nevada. The risk was that California might fall prey to the ‘resource curse’ – that the discovery of mineral riches might divert labour and attract outside exploitation and corruption, thus impoverishing the region.

Much recent scholarship on the resource curse draws on a 1995 paper by Jeffrey Sachs and Andrew Warner.3 Although they did not use the term ‘resource curse’, they described, and they and their successors have sought to explain, an empirical pattern which suggests that countries rich in natural resources seem prone to sub-par economic growth.

In 1848, US President James K Polk focused on the opportunity. On 5 December 1848, he devoted much of his final Annual Message to Congress to the subject of California, emphasising its ‘abundance of gold and the all-engrossing pursuit of it’, high wages, and ‘an unprecedented rise in the price of all the necessaries of life’.

Polk’s message did not start the Gold Rush; that was already underway. But his remarks may have encouraged more Americans to seek opportunity in California. Gold attracted tens and then hundreds of thousands of emigrants to the state, most of them young American men from the Atlantic states. High prices stimulated an explosion of trade, particularly in San Francisco, matching the growth in population there, and in the state in general. In less than two years, California was transformed from a sleepy, agrarian country that exported beef tallow and cattle hides, into a place teeming with newcomers whose lives revolved around gold. Gold Rush California exhibited the worst symptoms of the resource curse: a speculative, land-grab atmosphere, poorly-developed agricultural and manufacturing sectors, and an almost total reliance on imports paid for by exports of the valuable natural resource – gold. Corruption in this Wild West place was rife, too – some of the most colourful rogues in American history were Californian Gold Rush figures.

Despite the threat of outside exploitation and the reality of corruption, the Gold Rush also enabled the creation of social, political, and economic bonds between California and the rest of the United States, with robust trading relationships around the globe. These ties fostered the development of an astonishingly productive economy once the Gold Rush had passed. In addition, once the early miners had exhausted the readily accessible gold deposits, many of them turned to more productive occupations. Gold was not really a direct source of wealth for California, but it proved to be a powerful economic catalyst. Overall, gold was to California a resource blessing, not a curse.